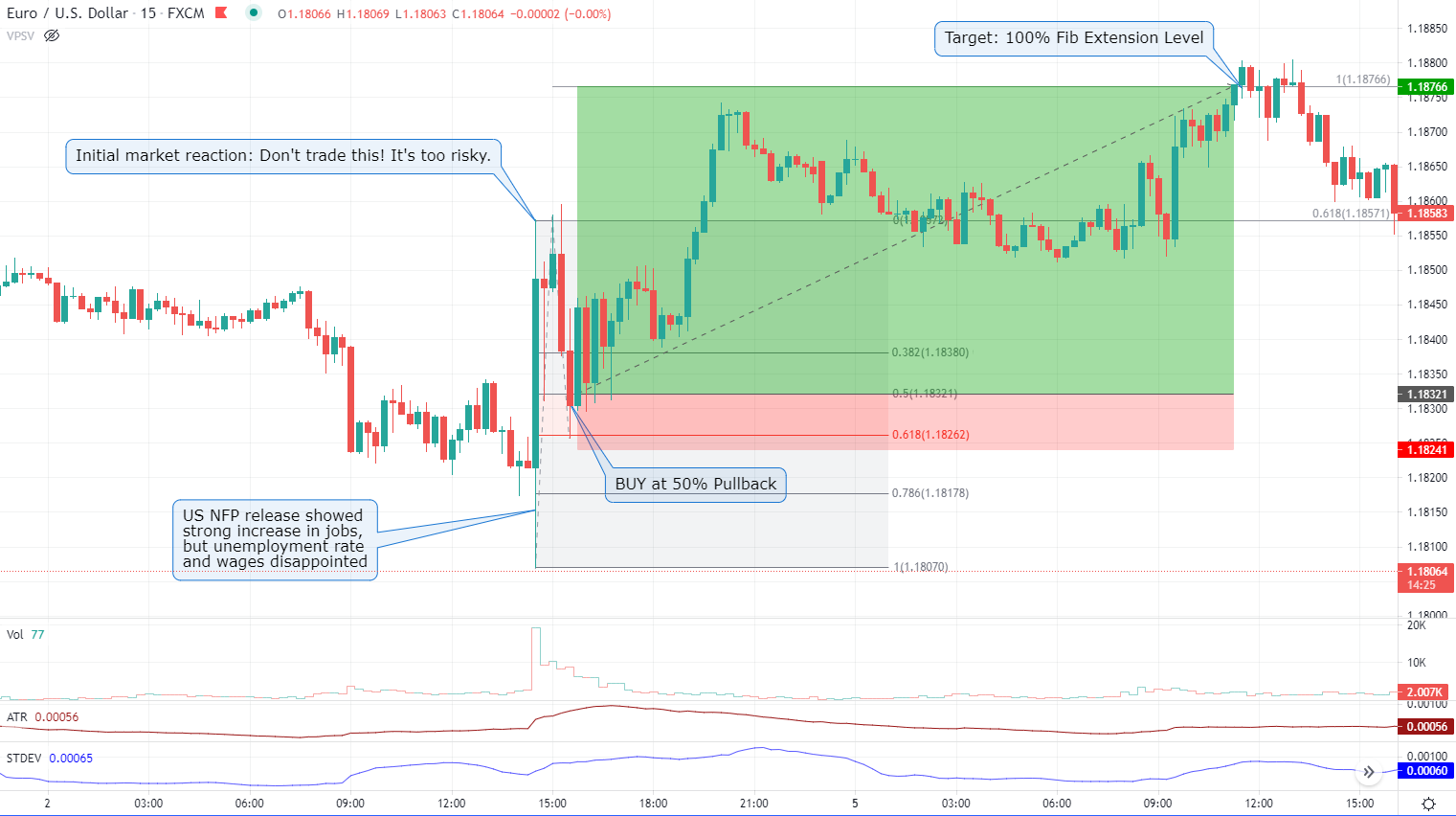 Contents hide
1 What The Most Important Market News Affects the Forex Market?
2 What You Need to Follow When Trading Market News
3 The 50% Pullback Strategy
4 Final Words

Market news can send shockwaves through the markets, especially if they catch investors and traders off guard. Trading market news can be risky if you don’t know what to look at or how to manage your risk properly.

Here, we’ll show you how to profitably trade Forex market news with good risk management and large profit opportunities. We’ll first cover the most important reports and then cover a very effective strategy to trade the news after the release.

What The Most Important Market News Affects the Forex Market?

When you open a Forex economic calendar, you’ll see all kinds of market news. Some may be more familiar to you, like the GDP report for example, which measures the total economic output of a country.

However, other reports may be completely new, which raises the chance that you won’t pay as much attention to them. The PCE deflator, PMIs, and Core CPI reports are all important news that you need to follow if you want to become a more successful trader.

By the way, the PCE deflator and Core CPI are inflation measures that will be covered in the following lines.

Here are some of the most important market news you need to follow.

The US Federal Reserve follows the PCE deflator as their main inflation input. The CPI report covers inflation rates by measuring the changes in the price of goods and services over a period of one year, while core CPI excludes the volatile categories of food and energy to get a more reliable inflation reading.

A lower unemployment rate is, therefore, more likely to lead to a central bank response in the form of higher interest rates, and thus a stronger currency.

What You Need to Follow When Trading Market News

Take a look at an economic calendar again (such as ForexFactory.com, for example). You’ll notice that each report has the following fields: The time the news is released, the currency that is likely affected, the description of the report, the impact (high, medium, or low), the actual number, the forecasted number, and the previous number. Here is what you need to know about these fields:

For example, if you know that non-farm payrolls (an important US labor market report) have a standard deviation of 45.000, this will help you to better assess whether the current difference between the actual and forecasted numbers is statistically significant or not.

So, know that you know the most important things about Forex market news, let’s dive in into the interesting part: How to trade the reports?

The 50% Pullback Strategy is a very efficient strategy as it allows you to enter into low-risk trades. Here are the rules:

Here is how this looks like on a chart, with stop-loss and take-profit levels marked.

Trading market news is a great way to complement a technical trading strategy, as market news often leads to strong movements in the Forex market and large profit opportunities. However, markets may also be very volatile around the release, so it’s important to have an effective strategy to trade during those hours.