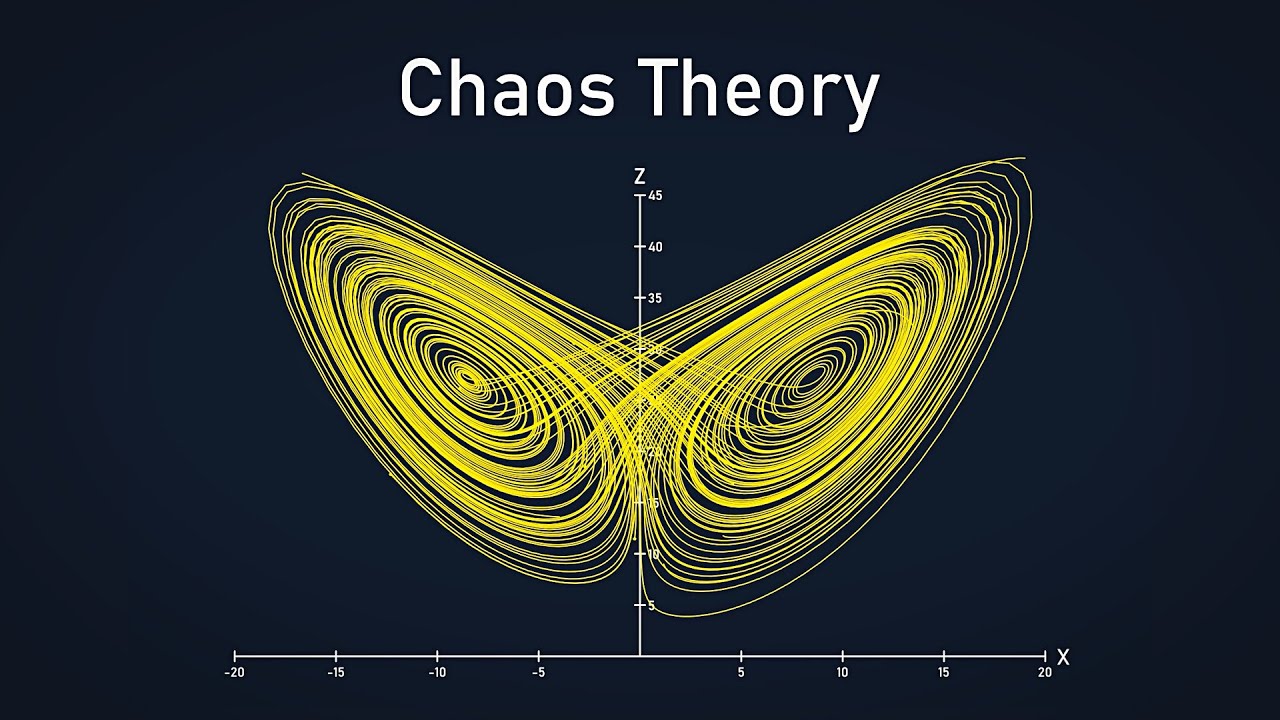 Contents hide
1 Understanding the Markets
2 Applying the Chaos Theory to Modern Markets
3 How to Navigate the Markets to Become a Profitable Trader
3.1 The Beginner Trader
3.2 The Advanced Beginner
3.3 The Competent Trader
4 Final Words

Markets are not linear in their nature, and so any linear trading tools won’t produce consistent profits over time. Just like mountains, clouds, riverbeds, coastlines, and lightning, markets are the product of constant chaos coming from a variety of market participants.

However, just like in nature, chaos will ultimately lead to self-organization on a higher scale, allowing traders who have a deep understanding of market dynamics to take advantage of it. In this article, we’ll show how to become a competent expert trader with the right, non-linear trading tools.

Traders tend to overcomplicate things, which makes them unable to see the obvious. Many traders begin trading with some simple technical strategies that are mostly based on technical indicators, such as the RSI, MACD, and Bollinger Bands, only to find out that most of the indicators don’t work in real-time. Indicators are inherently lagging in the way they’re developed and how they represent market data, as they are based on historical prices.

Other technical tools also tend to create false signals over and over again. The reason behind this difficulty to analyze future price movements is the fact that markets are non-linear, so any linear tools used in trading will eventually not prove profitable. This is also the reason why most traders consider the market as a dangerous animal that they have to beat in order to become a consistently profitable trader, but this is simply not an accurate picture of how the markets really operate.

There is only one purpose of financial markets, which is to ration, at a reasonable price, existing and future supply between those who want to sell and those who want to buy. Trading isn’t anything mysterious – we trade all the time, every day. When you go to the grocery store, you’re trading money for goods that you consider to be more worth than the money you’re paying for them.

The same is true in the financial markets, sellers sell because they think the money they can get is more worth than the financial instrument they’re selling, and buyers buy because they think they’re making a bargain. When a buyer and seller agree on a certain price, a transaction occurs and trade is done. In other words, markets are created by people who disagree on value and agree on the price.

Market find a balance very quickly, much quicker than you and I are able to spot an imbalance in the markets. Information is spread rapidly across market participants, and every price move on the chart represents a new consensus value in the market.

This also means that bullish and bearish consensus surveys, which you can find on many trading websites, don’t make much sense. If a news outlet or website reports that, let’s say, the market is 70% bullish on the EUR/USD pair, this means that they didn’t survey all the bears in the market.

Even if there was a small imbalance between bulls and bears of 0.01%, the markets would quickly eliminate that imbalance and move higher or lower, depending on what force (buying or selling) was prevailing. This also means that oversold and overbought markets don’t really exist, which makes the usage of oscillators such as the RSI or Stochastics somewhat unnecessary and even dangerous for your profitability.

Let’s open a price chart and look at the movements of the price. What can you see? Do you see perfect order in the way the price moved over the last day, week, or month? If you don’t see order, do you see perfect disorder? But the price moved after an important market report or after a central bank meeting, made fresh higher highs and lows, or lower lows and highs, so there has to be some kind of order in the markets then, right?

What you see in front of you is perfect order that stems from chaos. Financial markets simply don’t fit a normal distribution and are not linear, which means that any linear tools that we use in trading won’t produce consistent returns over time. If you look closer at the price movements, you might notice some patterns that resemble places such as shorelines and riverbeds. Chaos is everywhere around us. We didn’t invent it, we are the products of chaos.

Following the non-linear logic, it’s obvious that stability is temporary and chaos is forever. Millions of dollars have been spent on the research of the chaos theory and how it can be applied to trading the markets. So far, research has shown that the chaos of our minds is to a large extent reflected in the behavior of the markets. Our natural world comes from non-linear, chaotic forces. When you look at rivers, mountains, and clouds, for example, you’ll see a complex interaction of powerful forces that formed a perfect order from chaos.

The chaos theory relies to a high degree on fractal geometry to describe events that are non-linear and that can’t be described using classical Euclidean/Newtonian mathematics. Simply said, a non-linear effect occurs when the effect is multiple times more powerful than the cause. At the boundary line between conflicting forces doesn’t stand chaos, but the spontaneous emergence of self-organization. How this can help you to become an expert trader will be shown in the following lines.

How to Navigate the Markets to Become a Profitable Trader

One of the main problems of beginner traders who want to become experts in trading is that there is no regular path or progression a trader can follow to improve his trading skills. If you look at the programs that are currently available online, you’ll notice that most of the programs are designed to provide an introduction to trading, or they simply focus on technical (linear) trading strategies that are based mostly on lagging technical indicators. Neither approach will make you an expert and consistently profitable trader.

However, there is a universal progression, from beginner to advanced, that can be applied to any field in life, including trading. In the following lines, we’ll cover this progression in more detail.

A beginner in trading has to focus on learning the language of the markets. The main objective of the beginner trader is to avoid losing money while gaining experience by using OHLC charts, volume, and some other basic trading tools. Just like when learning a language, you have to start from the very basics and form a strong foundation for future improvements.

The beginner trader has to learn the vocabulary of trading. This is, how to place a trade, what type of market orders are there, what are margin and leverage and how they are related, and so on. When reading the price chart (bar chart or candlestick chart, or any other OHLC chart), your focus has to be on the present and the previous bar. You want to get a feeling for how prices are evolving, rather than fit a pattern or template by using historical price movements. You want to understand what is currently happening in the markets, who does it, and why. For example, there might be an important market release that showed a huge increase in earnings for a company or the non-farm payrolls may come in much better than anticipated, both of which have the potential to create strong movements in the market.

At this stage, most beginners start to look for mechanical trading systems that are supposed to make them rich overnight. Unfortunately, after their luck with the system runs out, they will likely see most of the trading funds getting wiped out. Mechanical systems simply don’t work, because they don’t fit the non-linear nature of the markets. Sooner or later, every mechanical trading system will become a losing system, so it’s best to avoid them altogether while being a beginner trader.

After the beginner stage, it’s time to move on to the advanced beginner stage. Here, your objective is to make money consistently with small trade sizes by using tools that are best suited for the chaotic nature of markets – Elliott waves and fractals. Instead of looking at only two bars or candlesticks, we widen our horizon by looking at 140 bars or more.

At this stage, many traders reach a crucial phase. Am I enough motivated to learn to trade and become a competent trader despite the learning curve and the frustrations that come with it? Many traders will quit their trading journey already by the end of the beginner stage, while others will start to think about it at the Advanced Beginner stage.

As mentioned earlier, at this stage your main tools should be Elliott waves and fractals. While the theory of Elliott waves goes beyond the scope of this article, you can learn the main principles of this trading tool on YouTube or with a simple Google search, for example.

Let’s just say that Elliott waves are based on impulse waves and corrective waves that much resemble a typical uptrend and downtrend with higher highs and lower lows. After five waves to the upside, there is a corrective ABC wave to the downside (the opposite is true for a downtrend.) This tool emphasizes the fractal nature of the markets, as impulse and corrective waves can be observed on all timeframes, from the 1-minute to the 1-month one.

At the Competent Trader stage, you are focusing on maximizing your total return on investment instead of making profits on a one-contract basis. You’re increasing your trading size since you’re already a consistently profitable trader when trading with small trade sizes. Elliott waves and fractals have become an automatic tool in your trading process, and you’ve reached the top 3% of all traders. Congratulations!

When you get a buying signal, you buy; when you get a selling signal, you sell; and when the market says to stay out, you stay out. When you become a competent trader, you’ll be able to make your own analysis and won’t rely on any outside newsletters, financial media news, or third-party analysts to shape your trading ideas.

You’ll also be able to quickly distinguish which analysis is correct, and which is most likely incorrect. In addition, when the market theme changes and your trade idea proves to be incorrect, you’ll be able to close your trade without any problems and emotions standing in your way. If a trade proves correct, you’ll be adding to your winning position and greatly increase your profit potential.

As a competent trader, you won’t spend hours in front of your charts analyzing the markets. Since you already have an excellent understanding of underlying market structures, you’ll be able to spot trading opportunities in seconds and quickly follow your trading signals. You’ll buy, sell, close, or add to your positions in seconds and without hesitation. You’ll become a consistently profitable competent trader where winning in the market will just feel natural.

Chaos lies all around us, forming structures that eventually lead to self-organization on a higher scale. Unsurprisingly, chaos is also a constant ingredient of the financial markets. This means markets are not linear and can’t be traded on a consistently profitable basis with linear tools. Instead, we have to use non-linear tools such as fractals and Elliott waves to better understand price behavior and anticipate future price movements.

To fully understand the chaotic structure of the markets, traders should follow the roadmap provided above that describes the path from beginner traders to competent traders. As a beginner trader, you want to focus on not losing money by following only two candlesticks – the current one and the previous one. An advanced beginner starts to produce profits with small trade size, and a competent trader finally reaches the ultimate goal – consistent profits with multiple contracts and a deep understanding of market dynamics.